The main focus of this unforgettable experience is the sighting of the majestic Jaguars in their natural habitat, the Pantanal. This immense alluvial plain extends for about 230,000 km2, covering parts of Brazil, Bolivia and Paraguay. In addition to the Jaguars, the absolute protagonists of the trip, it will be possible to spot other incredible animal species, including capybaras, caimans, monkeys, pumas and tapirs, over 600 species of birds and many species of fish, including the feared piraña.
The tour will depart from the airport or from the Cuiabà hotel. It is advisable to arrive early in the morning, no later than 11.00. An early arrival is preferable, as the transfer from Cuiabà to Poconé takes about an hour and a half (100 km). From the Pantanal “capital”, Poconè, born 230 years ago thanks to a gold rush that is not over yet, as evidenced by the mountains of earth sifted by hand by prospectors. The itinerary will continue on the Transpantaneira for 147 km towards Porte Jofre. Since it is a dirt road, the drive will take about 3.5-4 hours. During the journey on the Transpantaneira 122 bridges will be crossed along a completely flat landscape; most of which are still made of wool (in 2016 the government started replacing some of the bridges with new concrete ones). During the whole journey it will be possible to see many wild animals and particular bird species as the Transpantaneira road runs through the heart of the Pantanal. With a little luck it will be possible to see animals such as the giant anteater, or not impossible, the Jaguar, the feline with the most powerful bite in the world.

departure from Italy according to operational, final destination Cuiabà, where our journey will begin. Free time in Cuiabà, overnight at the hotel. 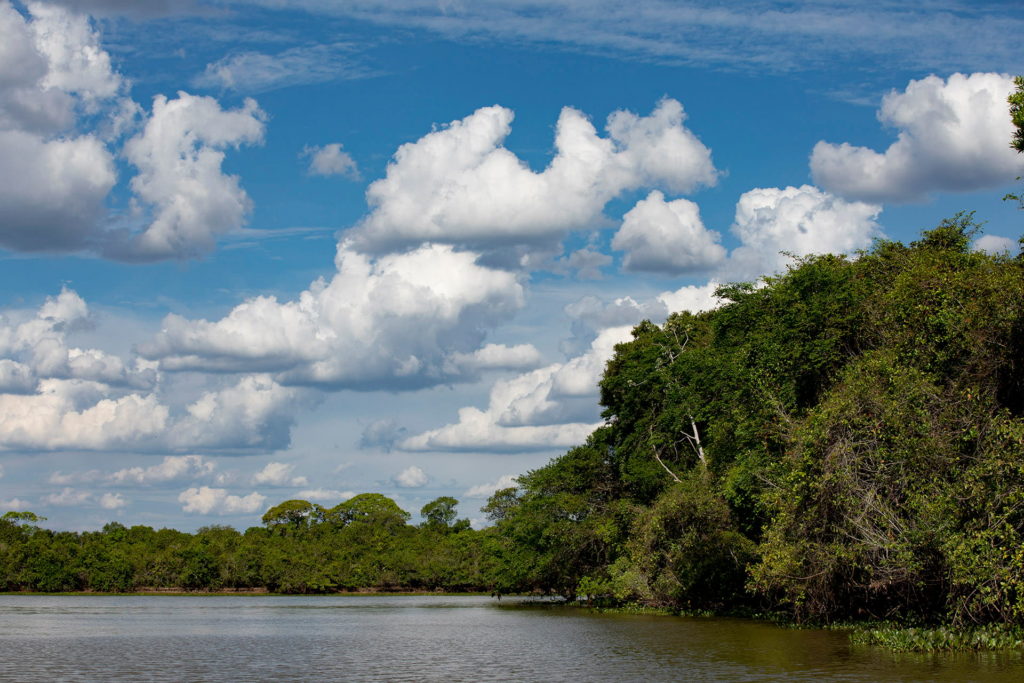 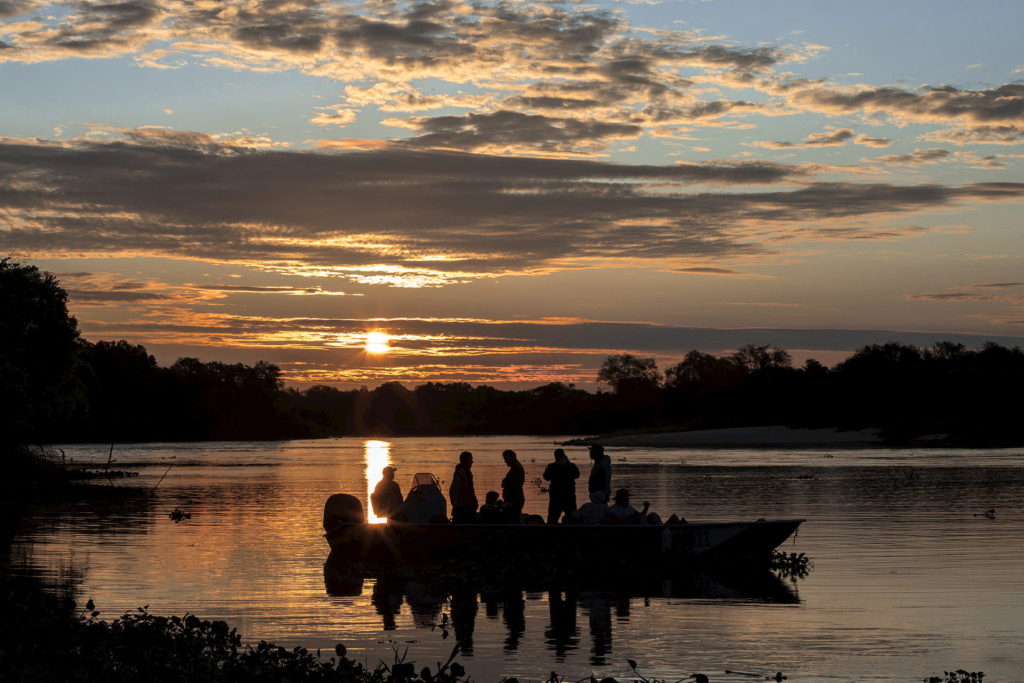 we will leave in the late morning taking the Transpantaneira, a straight road of about 145 km. Already along this route it will be possible to see many animal species, like a real African safari. We will arrive at our lodge in the afternoon, where we will make our first photo safari during sunset on a small boat in a spectacular bay rich in flora and fauna.

Search for the giant anteater at dawn, return to the lodge for breakfast and immediately leave for a safari in the forest to see different animal watering at the waterholes, such as monkeys, hyacinth macaws, and other birds. Return to the lodge for breakfast and immediate departure for Porto Jofre. Lunch, accommodation in our rooms, followed by a briefing to introduce the activities of the following days. We will then set off on our first photographic safari in search of the great Jaguaro. There will also be a small exploration of the surrounding area during sunset near a small lake rich in flora and fauna. Dinner and overnight at the Lodge.

Four unforgettable days await us on our private boat in search of the jaguar along the Cuiaba river and its tributaries. For a better chance of encounters, we will stay all day on the river exploring this incredible wildlife, where we will have our packed lunch and plenty of water to keep us well hydrated. We will stay until sunset waiting for the beautiful light this magical place has to offer. Dinner and overnight at the Lodge. 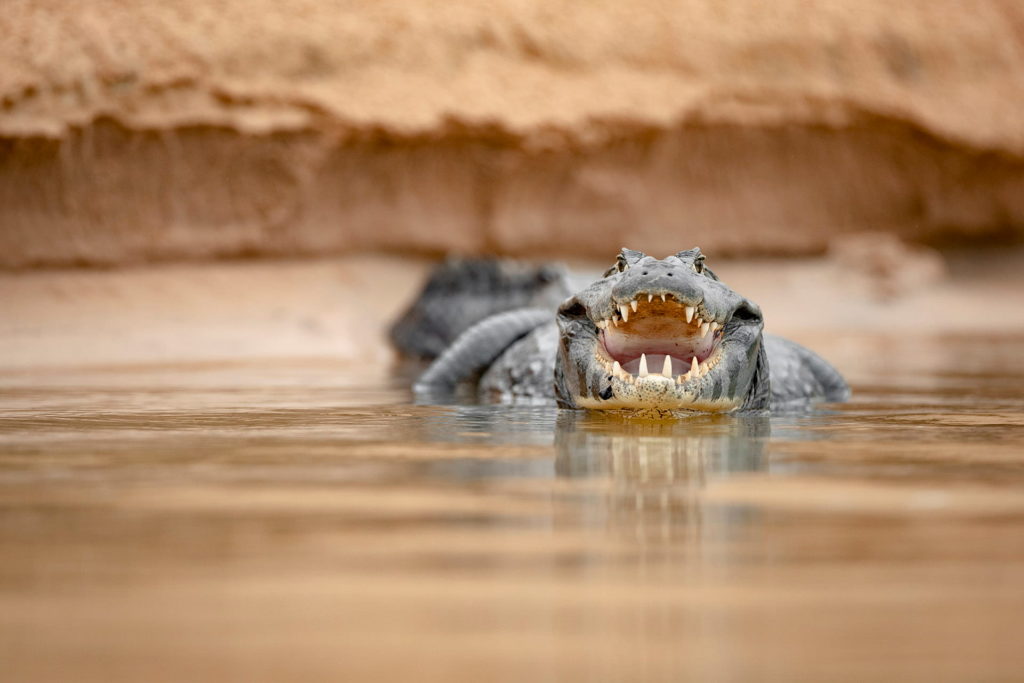 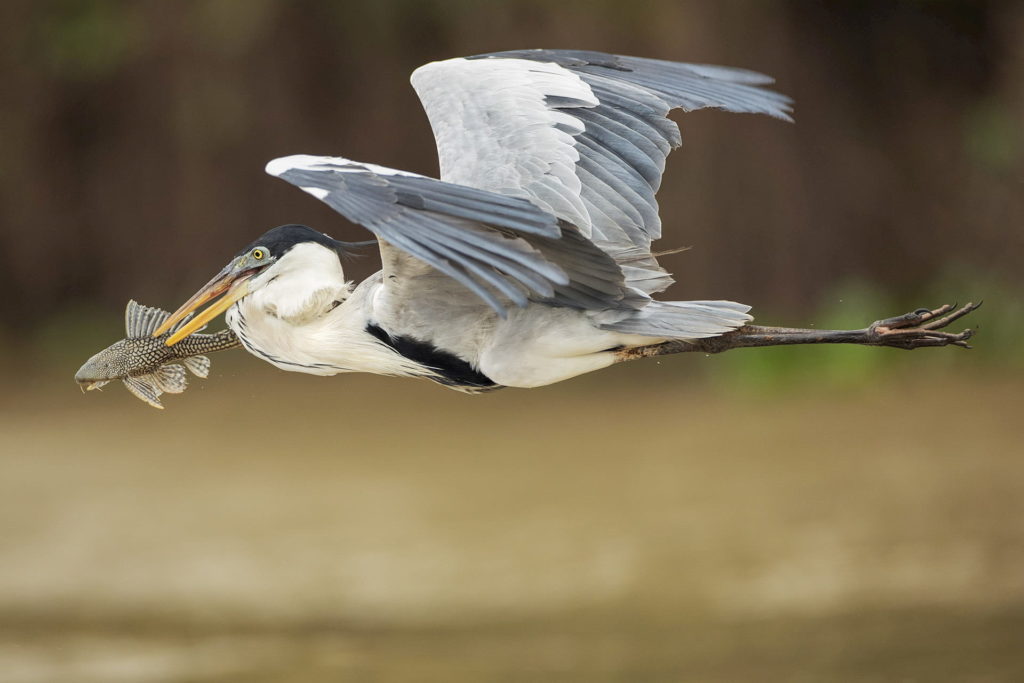 Boat safari in the morning until 11.00, return for lunch and immediate departure for our next lodge, where we will arrive before sunset to explore another part of the river rich in many species of birds that are always on the hunt for their favorite prey , river fish. Dinner and overnight at the Lodge.

In the morning we will take a two-hour boat safari on the Rio Claro to photograph some species of birds that populate these waters, by 10.30 am we will depart for Bom Jardim, we will make a short stop for lunch in Cuiabà to arrive in time and enjoy a photo safari at sunset. With a bit of luck we will be able to get some great shots of the yellow-bellied macaws, the Arararuna. Approximately four hours’ drive. Dinner and overnight stay.

In the morning we will go to Rio Salobra to snorkel in its crystal-clear waters with beautiful underwater vegetation rich in fish, a real natural aquarium ideal for underwater photography enthusiasts. Throughout the area it will also be possible to admire the wonderful forest, rich in colourful fauna and birds. In the afternoon, around 16.00 / 17.00 we will visit the beautiful Araras Lagoon, with palm trees immersed in the water and numerous species of birds that spend the night here. Return to the Posada after sunset, dinner and overnight stay. 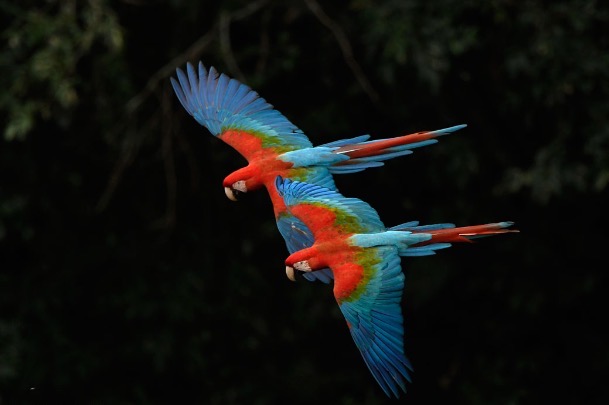 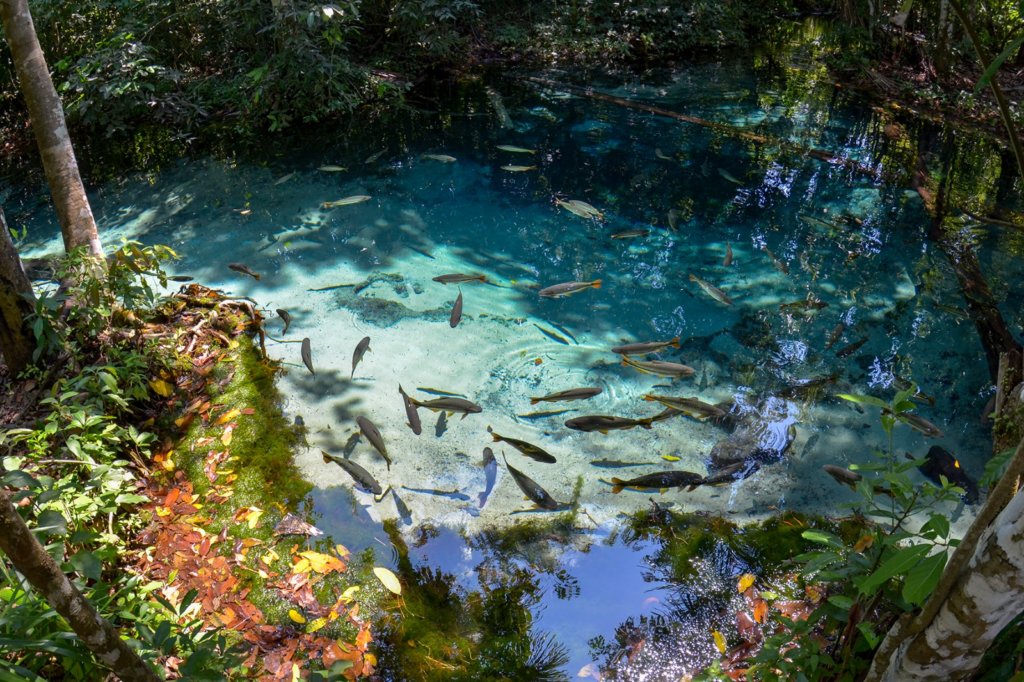 Morning dedicated to our last snorkeling in another amazing location, the Encantado Aquarium, we will have all the time to explore it and to take unique photos. Lunch, and departure towards Cuiabà where the same evening we will take our flight back home.

* Possibility of extending the trip with a minimum of three participants to go diving with the largest reptile in the world, the anaconda.

*Possibility of extending the trip with a minimum of four participants for a five-day tour to photograph rare Amazonian birds such as the royal flycatcher and many other endemic and colorful species such as the wonderful and eccentric rock rooster from Guyana.

* Possibility of extending the trip with a minimum of four participants to explore the Atlantic rainforest for a photographic safari of primates such as the Golden Lion Tamarine.